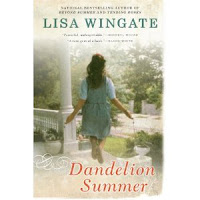 After the death of his wife, Norm is a prisoner in his own home. His daughter encourages him to move to an assisted living facility, but he refuses. He wants to remain at home with his memories of his wife and children. He laments the time he spent working when he could have been with his family. All those Saturdays at the office in the race against the Russians to the moon. It was an exciting time for him, but now as all he has is a fractured relationship with his daughter. Because he refuses to keep his medicine nearby, he has a near death experience and he recalls a dining room with seven chairs. Norman was an only child, but he distinctly remembers four other familiar red-haired children. Who were they? He struggles to put the pieces together.

Epiphany is a bright high school student, who has moved frequently with her mother. She has never known any kind of stability. Norman's daughter hires her to cook for him. At first, Norman is just a grouchy old man but an unlikely friendship develops between the two and soon they are off on an adventure to discover who the red haired children are in Norman's memories.
But it is more than just the mystery of Norman's past. Who is Epiphany's father? The only family she knows is her mother. She learns her mother's family operates a fine restaurant in the town that they now live in. Why did the families' abandon them? Were they ashamed of her? Will she rise above her unfortunate circumstances?
Posted by Connie A Thompson at 7:51 PM