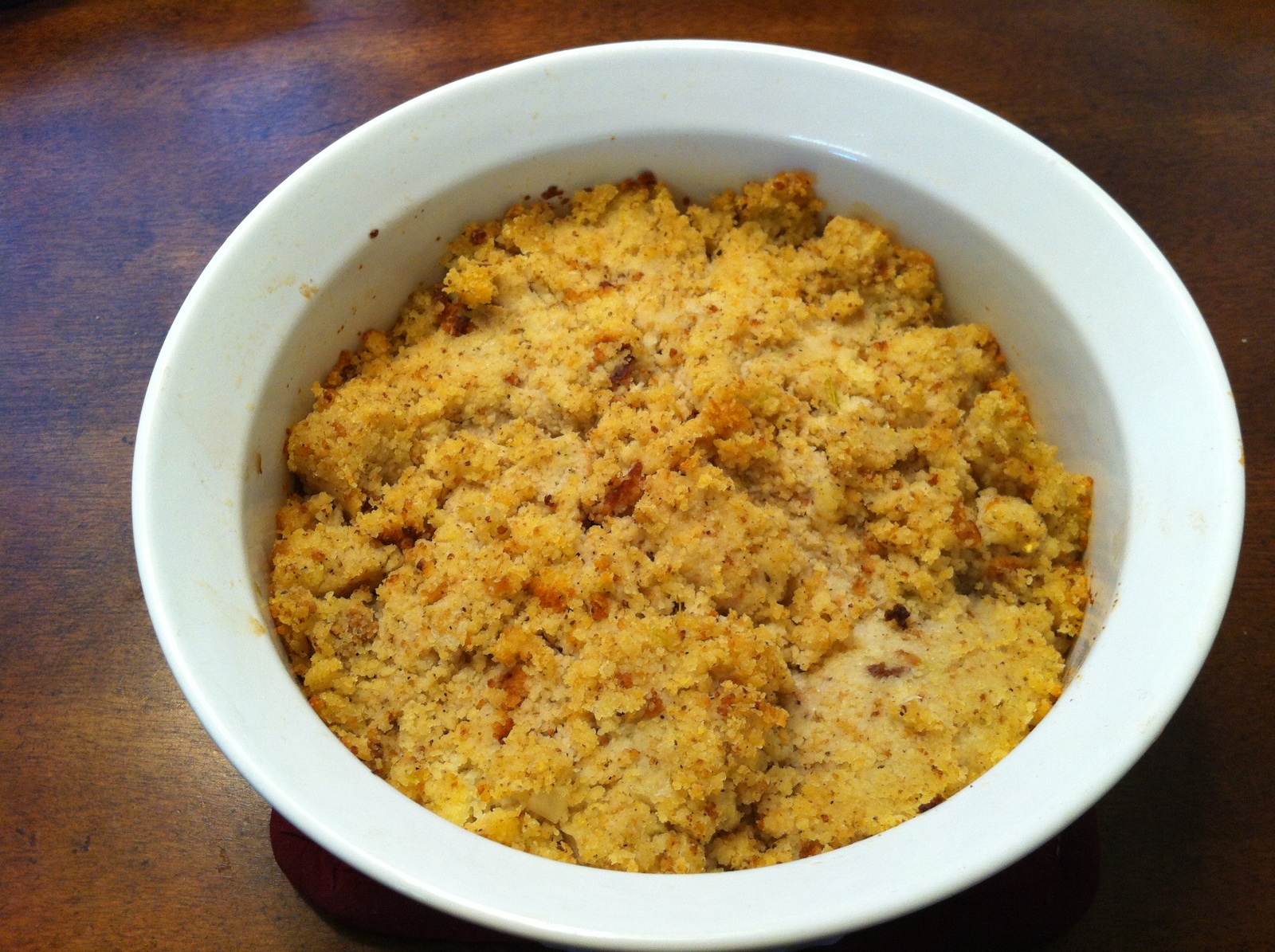 In preparation for Thanksgiving, I thought I would give you my grandmother's recipe for cornbread dressing. In the South, this is a staple on every Thanksgiving table.

Of course with my grandmother, it was difficult to get the recipe exactly right since she rarely used actual recipes, but after years of adjusting, I think I finally have it just right.

Be extremely careful with the sage, too much and it will throw the taste off. If you're only making half this recipe, you might want to reduce the sage just a little. You would think half is half, but for some reason it isn't. And of course some people forego the sage all together.

Instead of one big pan of dressing, my grandmother always made two smaller pans. One day as my mother took one of the pans from the oven, she was going to place it on the counter, but the potholder was a little worn and the heat hit her fingers. The dressing slipped from her hands and right into the sink, which she had just filled for washing dishes. (My Mom always had this thing of clean as you go, and of course I do too. I wish my daughter did, but she'll learn one day).

And anyway half of the dressing was ruined that day and of course everyone was there for dinner. My grandmother being the practical woman she was, cut the dressing into small squares rather than having everyone spoon it out - this insured that everyone got a little taste.

Add chicken broth to dry ingredients and mix well. The dressing should have a wet but not soupy consistency like a quick bread batter (banana bread or cornbread).

Divide mixture evenly into 10 x 13 pan sprayed with non-stick spray. Bake uncovered for 1 hour until lightly brown on the top.

Check back tomorrow for how to make sweet potato souffle.

Posted by Connie A Thompson at 8:07 AM